The final project of the (de)Generate group was a culmination of all of the concepts and techniques that were learned throughout the group’s work.

Having learned about the Degenerate Art Exhibit and the targeting of avant-garde artists, the (de)Generate artists were introduced to the art of David Wojnarowicz and recent controversies in the United States regarding freedom of expression and government support for controversial art.

Each (de)Generate artist identified a time in his/her life in which the label “degenerate” had applied to the young artist. We discussed issues in their lives that were considered to be taboo or unspoken as well as ways in which such stigmas placed upon them by outside influences limit freedom and happiness and openness to experience.

Each (de)Generate painter were encouraged to break the boundaries of painting itself—expanding onto multiple pieces of paper, using collage and markers as well as paint to get their messages across. Their paintings exploded into expressive being—voicing aspects of experience that had been silenced, challenging the rules and taboos that had limited their possibilities. 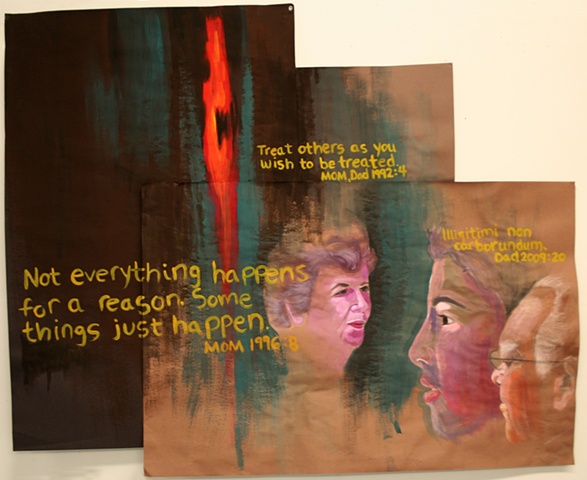 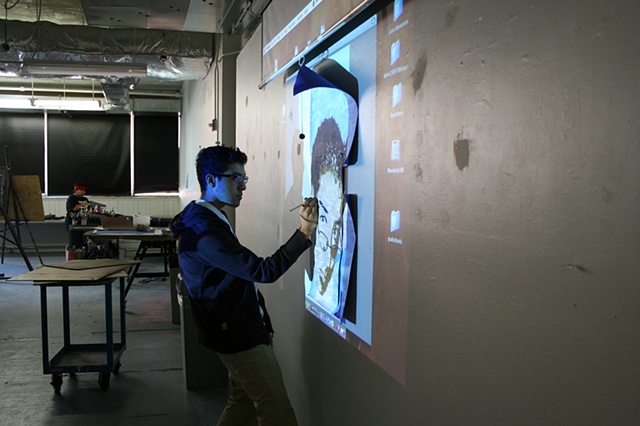 Sam used a projector to help plan out his design 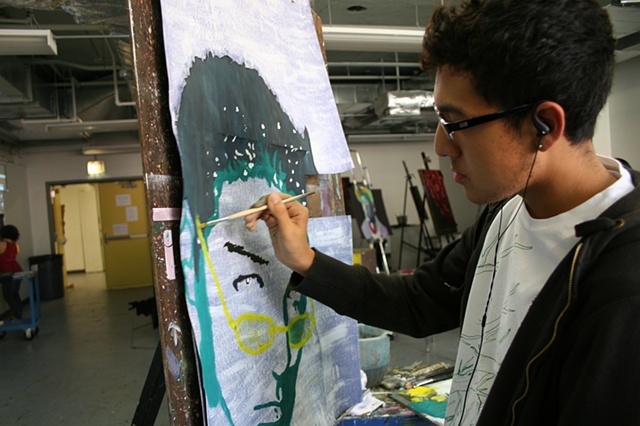 Sam working on his piece 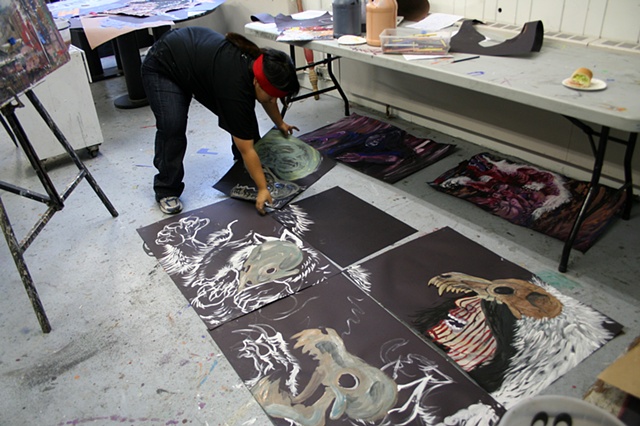 Maria lays out the different sections of her piece 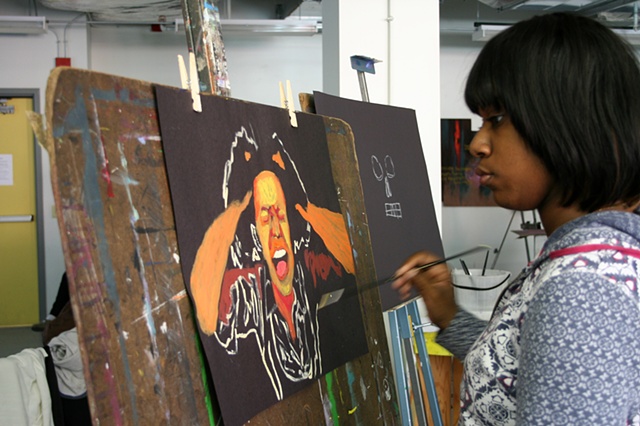 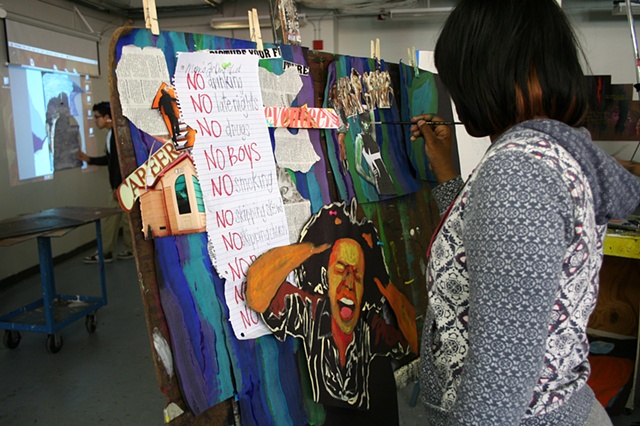 and collaged things that she brought from home onto the painting 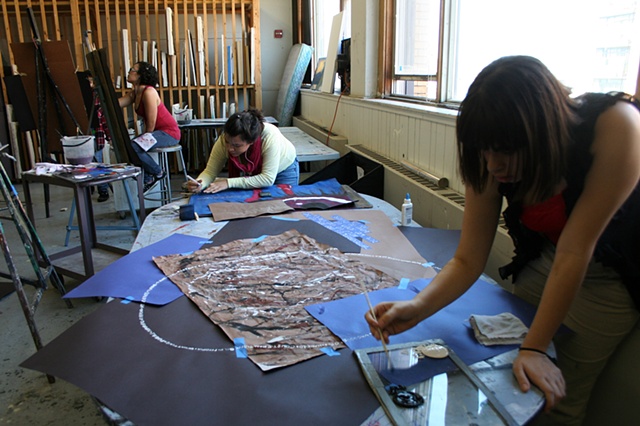 The youth artists spreading out in the studio 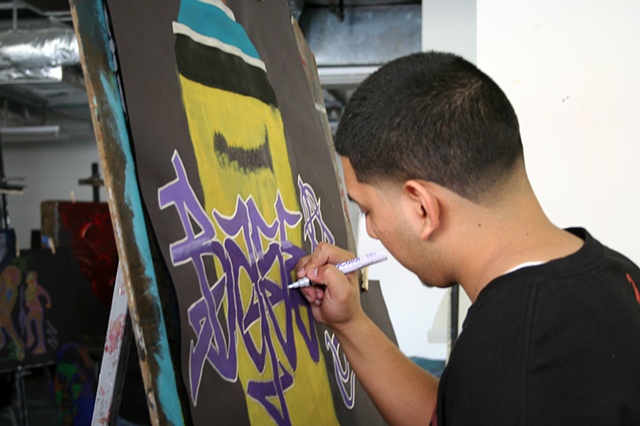 Alan adding some paint marker touches to his piece 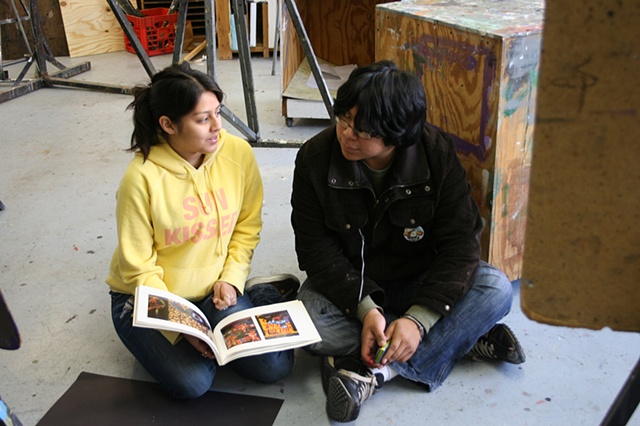 Rosa and Mark discussing the work of David Wojnarowicz 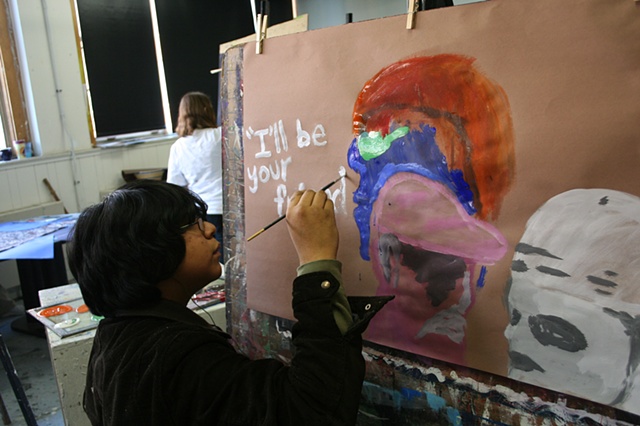 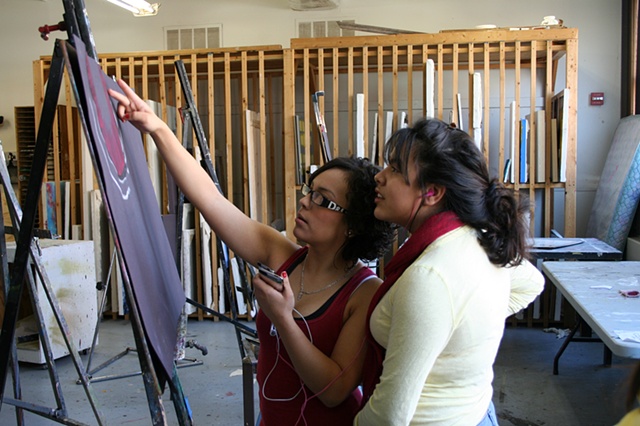 Nataly offering her advice to Anabel 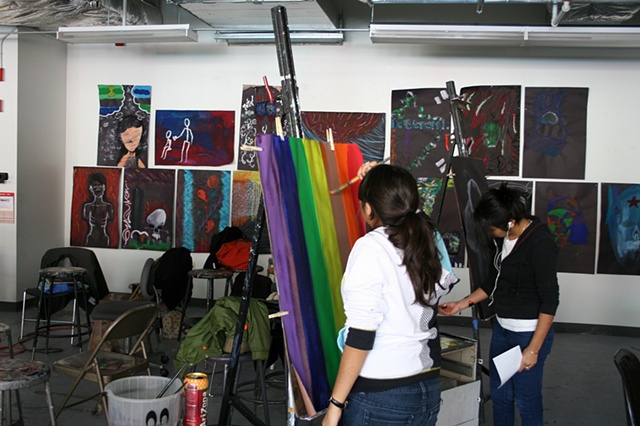 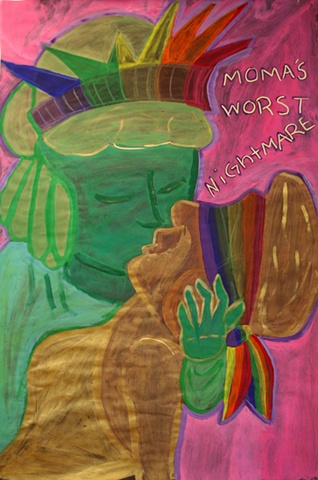 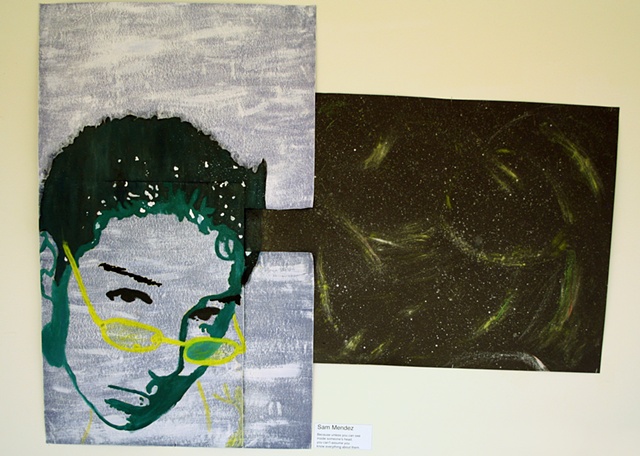 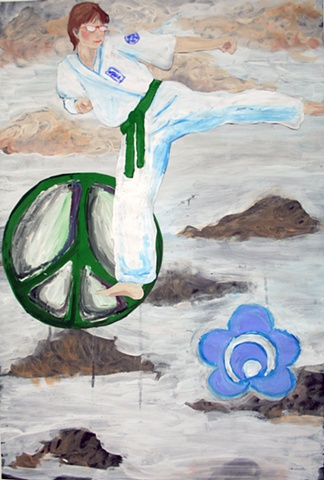 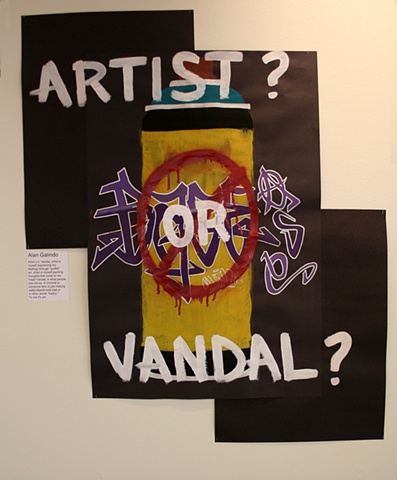 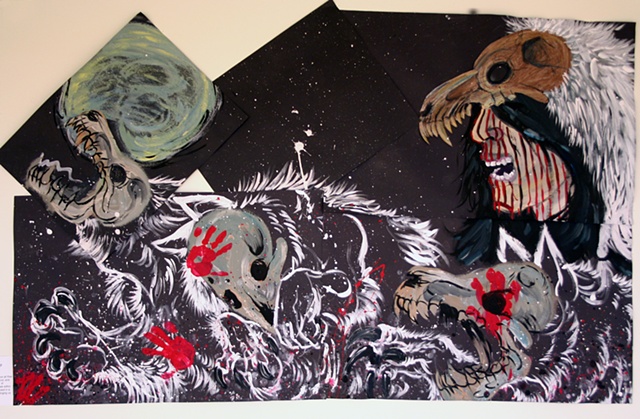 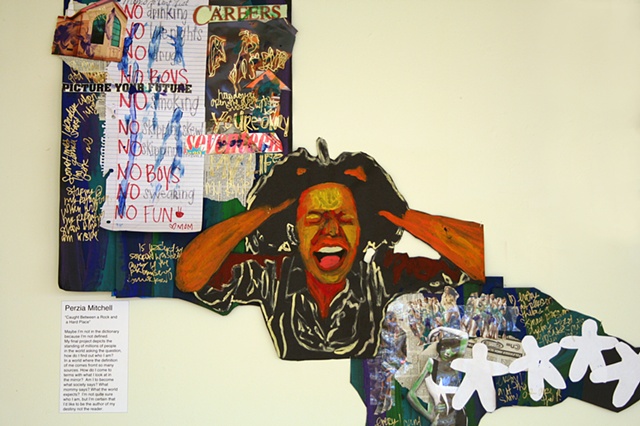 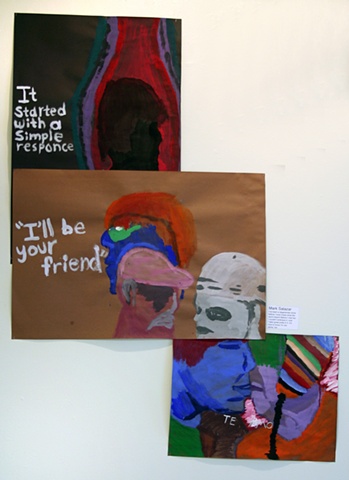 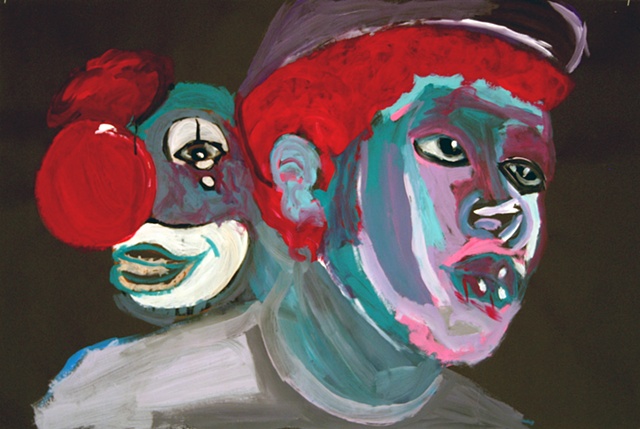 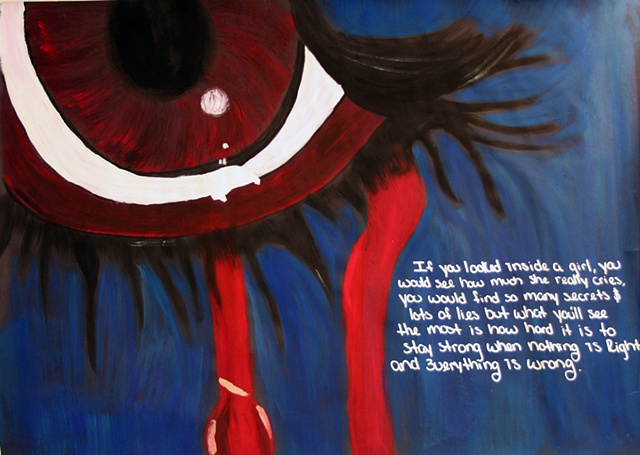 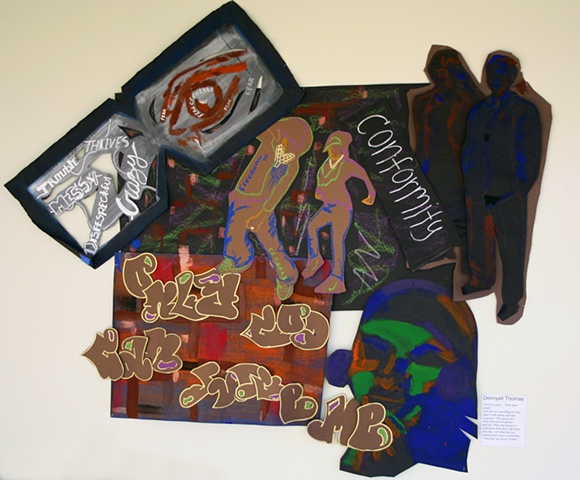 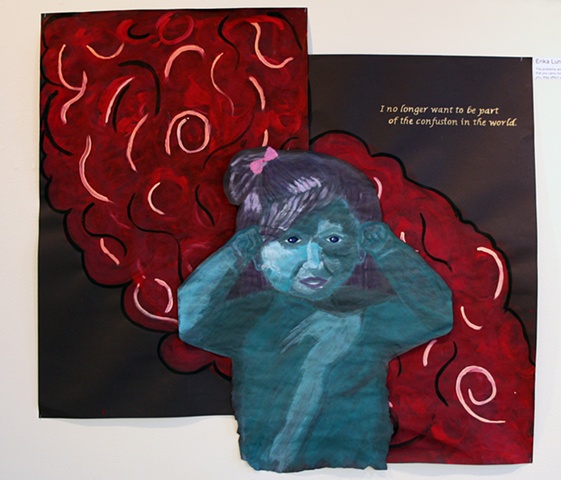 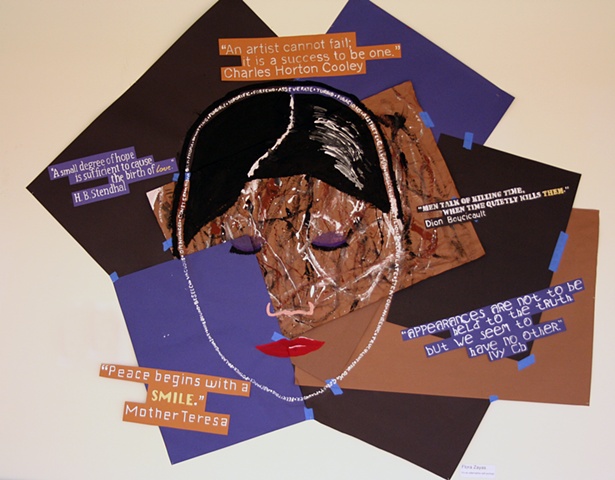 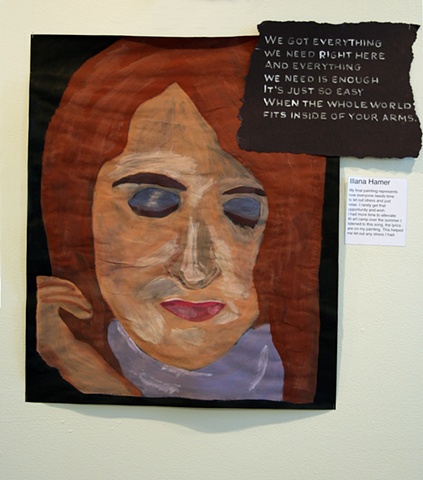 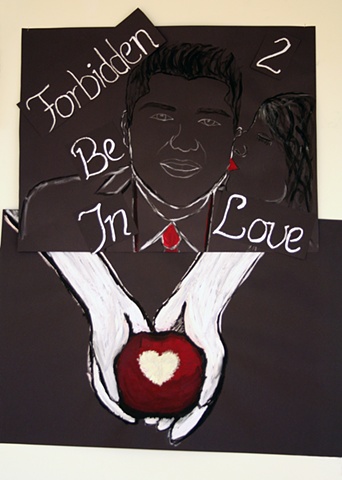 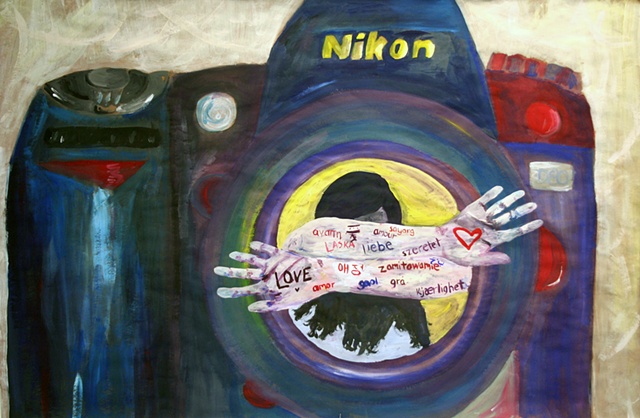 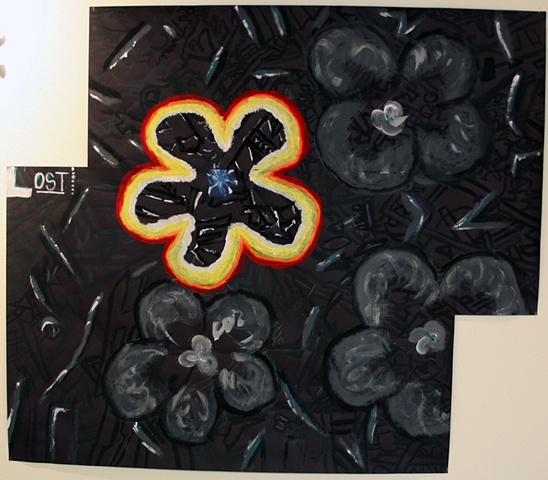 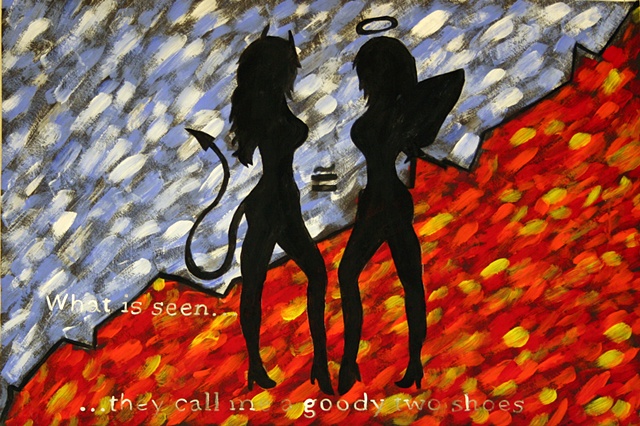