The Degenerate Art Exhibition was an art show put on by Adolf Hitler in 1933. The show displayed paintings of 112 artists who made work that was considered by the Nazis to be “non-German” and demeaning to the people of Germany.

Hitler deemed thousands of paintings “degenerate” and had them seized and destroyed. Many paintings that he didn’t destroy were displayed in the Degenerate Art Exhibition—there the paintings were seen and mocked by millions. Hitler thought that any artist who created abstract or expressionist artwork that did not reflect life “realistically” was mentally ill or crazy. Any artist found creating such work could be arrested or sent to a concentration camp. Artists had to flee the country to ensure the safety of their work and of their lives.

The (de)Generate youth artists were shocked to learn that many of the painters whose work they had come to know and admire were targets of Nazi efforts to stamp out personally expressive artworks. The students were horrified to learn that expressionist works that they had come to view as beautiful and meaningful were banned and destroyed. The students viewed clips from the film, The Rape of Europa, which documents Hitler’s obsession with looting the major museums of Europe in order to create a master museum of artwork that he considered to be pure and ennobling. They watched a dramatic clip from Wim Wender’s Far Away, So Close! in which angels cried when they saw the disrespect of the Nazis to the human spirit expressed in great Expressionistic works.

The students were anxious to learn the fate of the many Expressionist artists who were targeted by the Nazis. The miracle is that so many of these artists survived and continued to make amazing artworks. Others’ lives ended prematurely in isolation and despair. Together we considered the power of artists such as Käthe Kollwitz and George Grosz who used their art to “fight back” against unjust wars, prejudice, and repression.

We discussed why dictators target radical new artists, even artists whose work is not explicitly political. The students created response paintings—free-style artworks that expressed their reactions to the horrors of the suppression of new forms of creative expression in the Degenerate Art show. 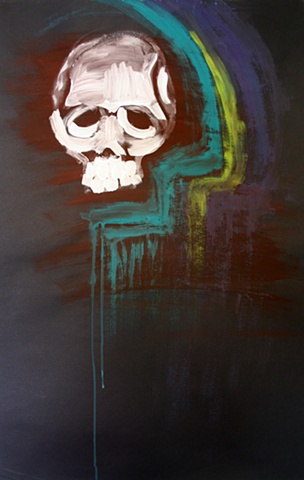 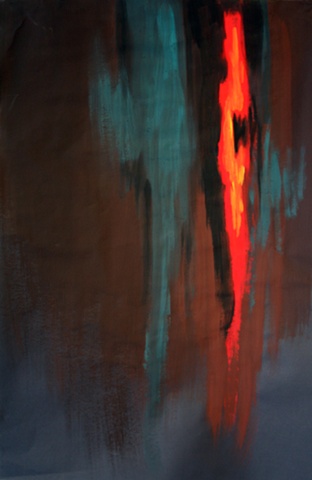 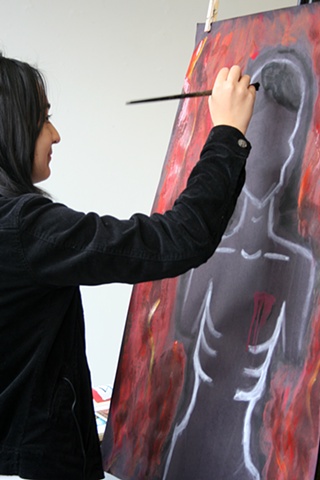 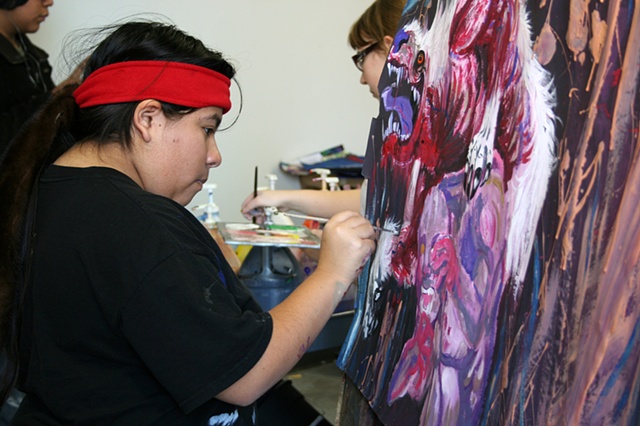 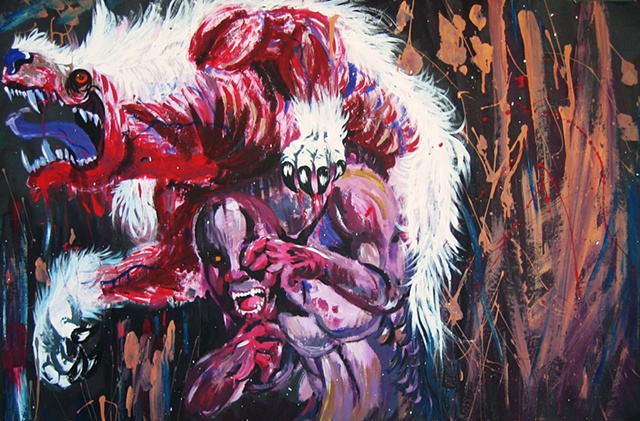 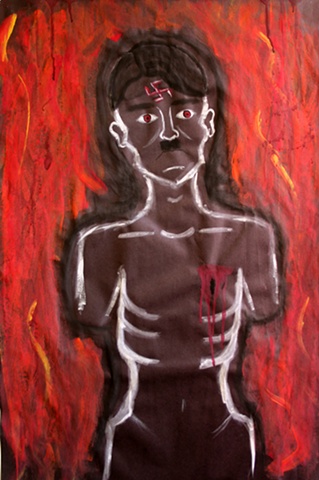 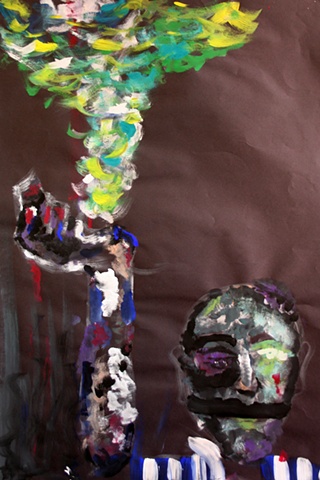 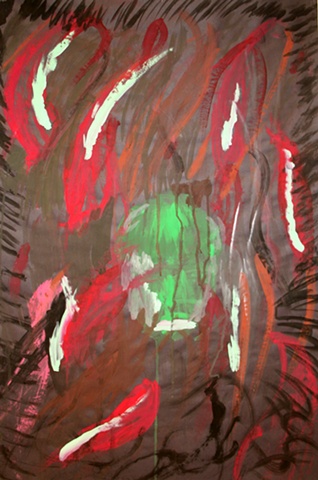 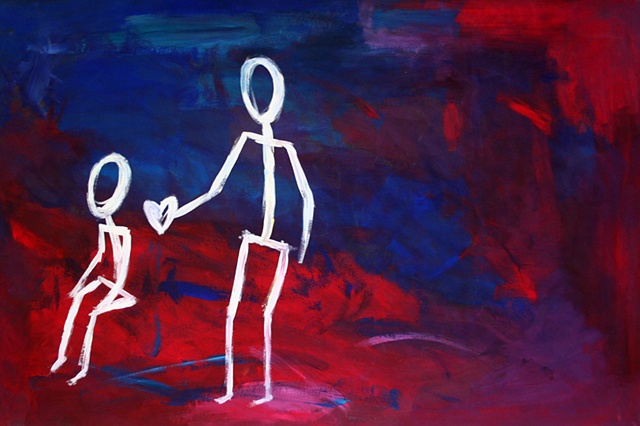 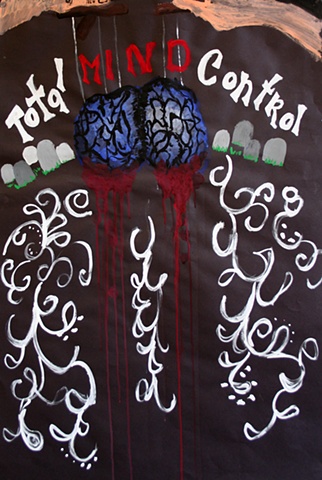 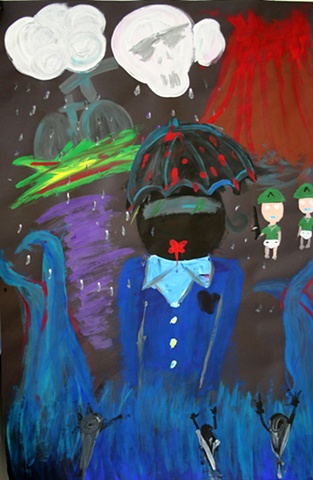 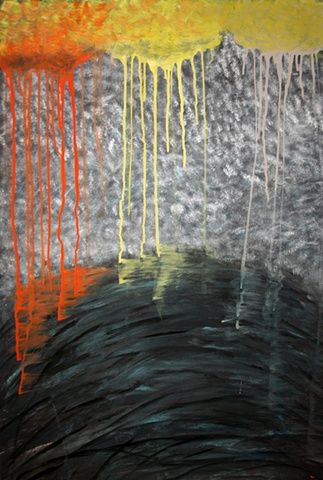 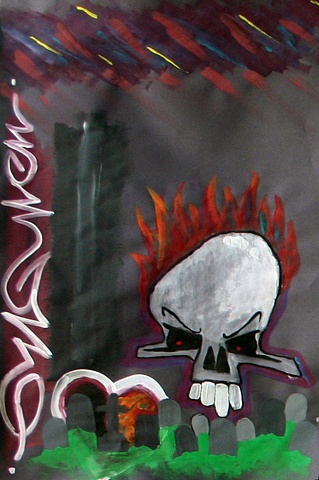 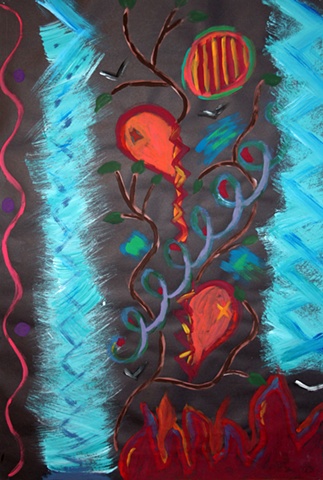 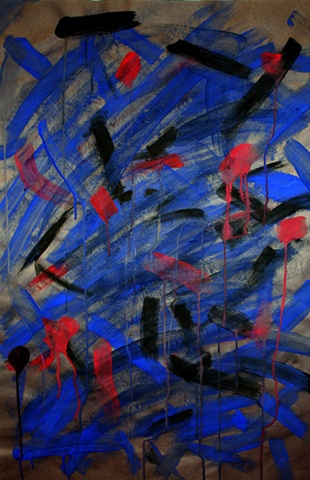 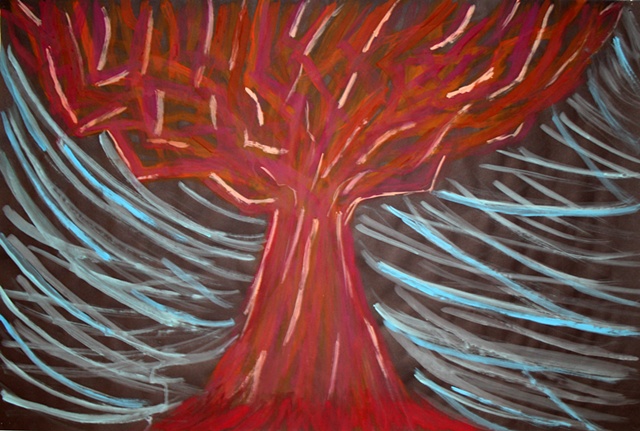 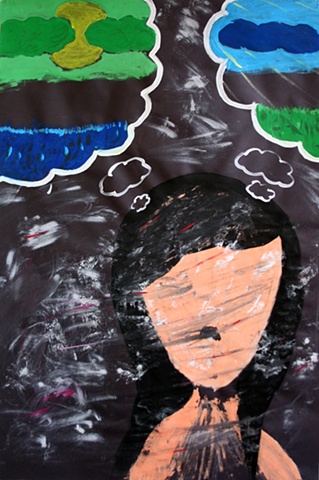 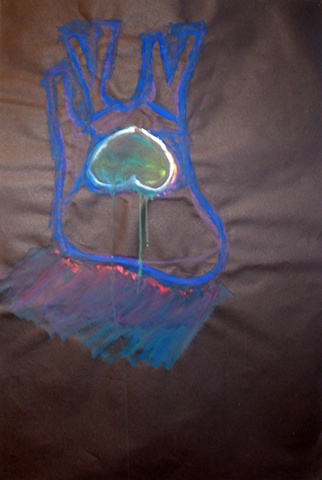 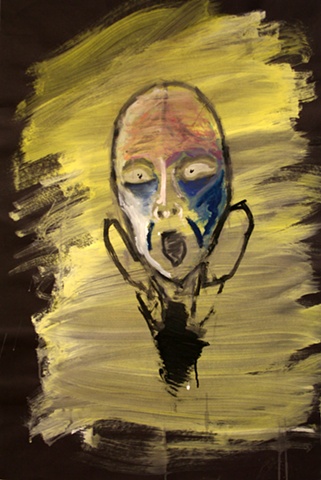