Before the (de)Generate artists were ready to create self-portraits, they needed to develop greater awareness of the anatomy of human faces. Although some of the most powerful and beautiful portraits are not true to “real” facial proportions, by learning the anatomy of the face, students would be able to grasp when, why and how to chose to create realistic form or chose to create expressive distortions.

We began by sketching faces expressing a wide range of emotions on black paper with white oil pastels. As a reference, each student had a packet of images and information on showing how slight changes in depicting facial features can radically change the emotional expression of the subject.

The Spiral faculty then demonstrated how to create a dimensional-looking face using average proportions. The goal was not to teach the students to be average, but to give them the awareness of the norm so that they could deviate from the norm to create portraits that captured likenesses and captured dramatic expressiveness. Students used academic rules and illustrations of facial anatomy to make quick painted sketches of a face. They learned where to place the eyes in relation to the whole face, as well as where the nose and mouth are located in relation to the rest of the body parts. They learned to create features, not as pasted on additions to a flat plane, but as forms arising from the complex contours of the human head.

In a manner similar to that of the vegetable still life painting, the students then painted from life and learned how to render a human head realistically. A model was set up at the front of the classroom with strong lighting and shadows. Students used white paint and water on top of dark colored paper to render the lights and shadows of the models face – using what they learned about facial proportions earlier that day. Although the day was spent mostly on learning proportions and not on making elaborate paintings, the time spent on learning these techniques would help the students in later weeks to create expressive self-portrait paintings. 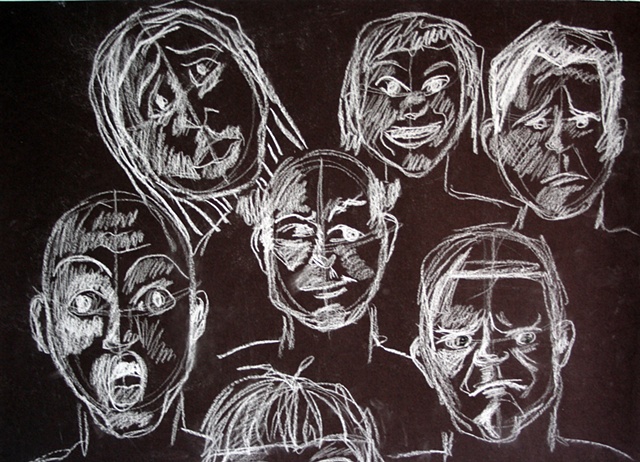 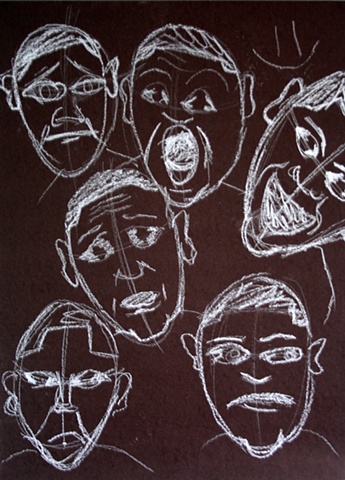 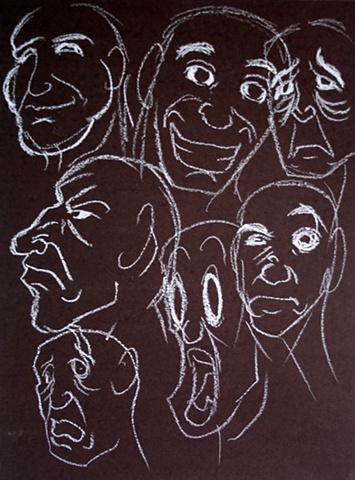 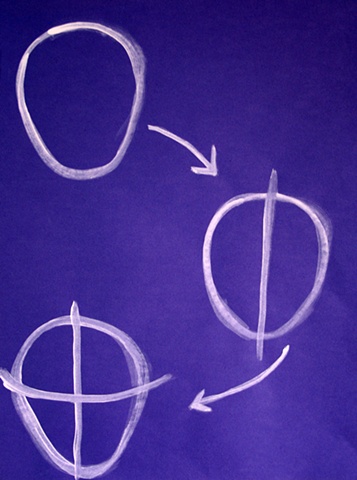 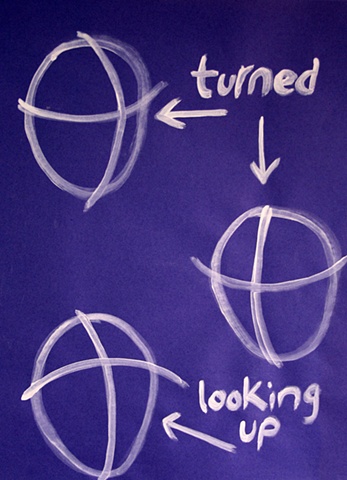 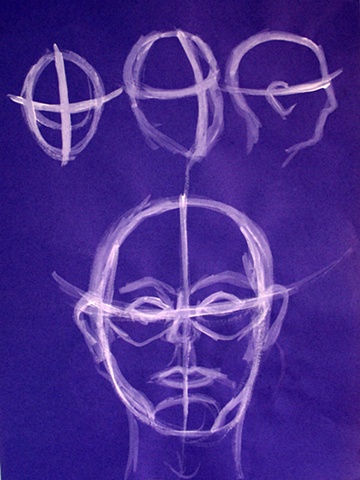 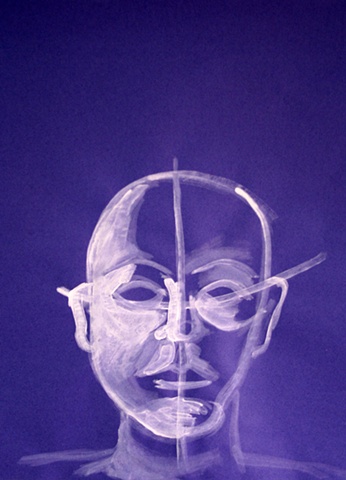 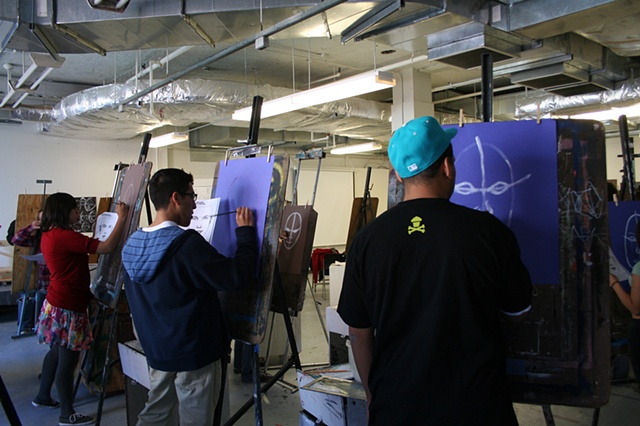 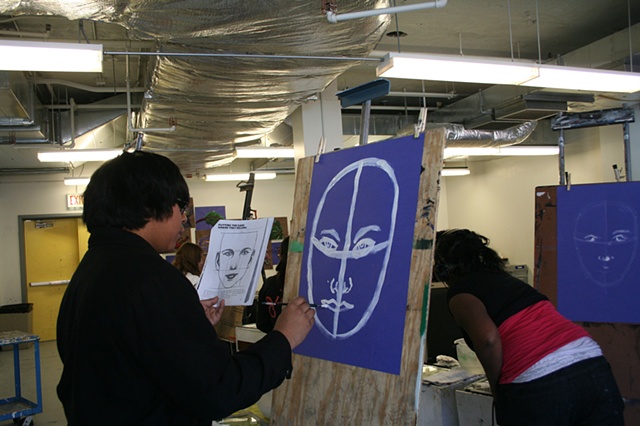 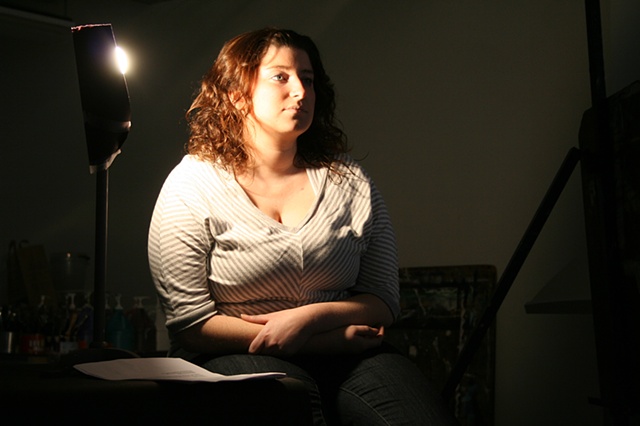 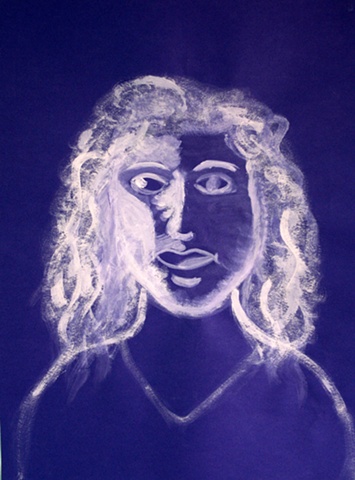 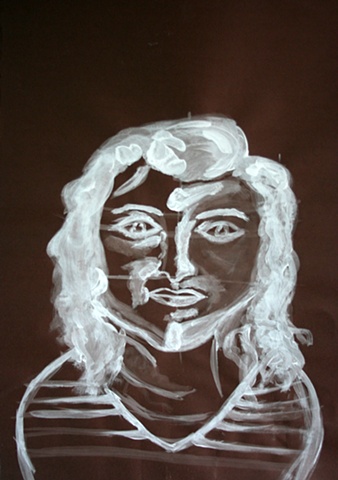 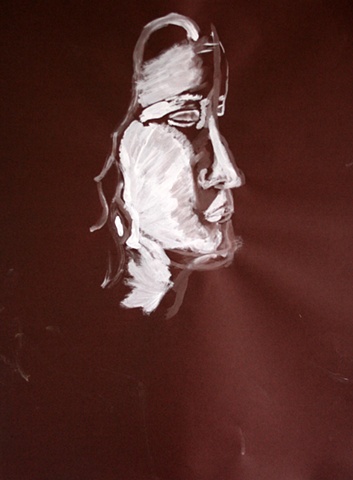 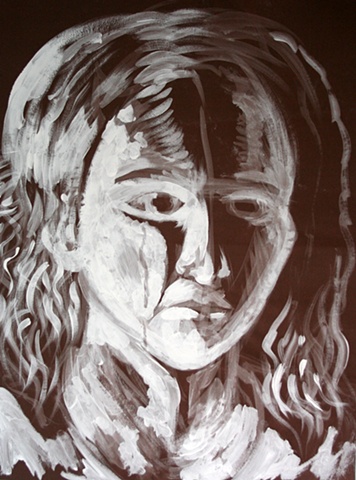